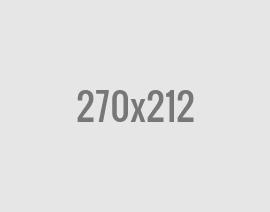 Be the first to review this product
US$1,284.00
In stock
Only 2 left
SKU VPC-5620S-IS-A11-00
Price Drop Notification
Please login first to receive our notifications
Notify me when the price drops
Add to wishlist Add to compare
Details

The VPC-5620S brings the performance of the 8th Generation Intel Core processors (formerly Whiskey Lake) to a rugged industrial platform designed to power embedded AI Edge applications anywhere they’re needed. With up to 64GB of memory, the VPC-5620S can power intelligent visual analysis applications such as Smart Factory and Security, and with expansion slots, can support AI accelerators to scale up the inference processing capabilities.

Available in two standard configurations, the VPC-5620S IS industrial system and VPC-5620S VS in-vehicle system, this versatile platform offers broad I/O features including four Smart PoE PSE ports designed for PoE cameras. Built to simplify deployment of visual applications, the Smart PoE ports can be managed with a user-friendly interface, allowing users to control voltage outputs or turn ports on and off remotely. Additional I/O features include four USB3.2 Gen 1 ports, two COM ports, HDMI and 8-bit DIO. Thanks to the modular design of the VPC-5620S platform offers additional configurations available on a per-project basis.

The VPC-5620S offers expandability to help quickly add on functionality and storage flexibility. Wireless connectivity is supporting through two mPCIe slots, designed for Wi-Fi and LTE network deployments, along with an optional M.2 slot for 5G support. The system offers and M.2 slot with NVMe support for fast read/write speeds, as well as two 2.5” SATA drive bays in standard configuration to support local network storage needs, such as for NVR and AI Surveillance applications. Users can also utilize eMMC and mSATA storage options.

One key feature of the VPC-5620S is its rugged design. Built to operate in a wide range of environments, the system boasts an operating temperature range of -20°C to 70°C. The system is tested to MIL-STD-810G shock and vibration standards, and the fan-less design helps keep dust and contaminants out, ensuring long-lasting, consistent and reliable operation. Additionally, the VPC-5620S comes standard with wide voltage input, supporting 12 -24V inputs.

With its modular design, the VPC-5620S platform delivers a range of flexibility unlike other systems. In addition to the standard VPC-5620S IS and VPC-5620S VS systems, the VPC-5620S offers several optional configurations. AAEON offers additional service and support to help provide customization and configuration support to users and developers, helping meet the exact needs of their applications.